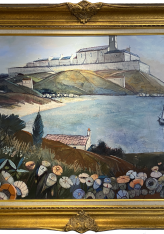 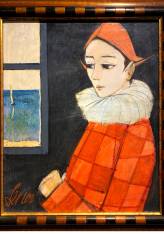 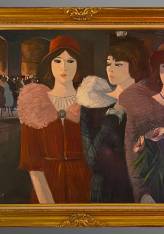 Charles Levier, after the National School of Decorative Arts in Paris, moved to the United States after the war. After an exhibition in Los Angeles in 1950, he exhibited simultaneously in two prestigious galleries:

The Coliseum Gallery in Paris
The Lilienfeld Gallery in New York.
Charles Levier's painting is very representative of the figurative trend of the "Trente Glorieuses". A colorist full of vitality without being aggressive, Levier was inspired by Cubist visual concepts while respecting the legibility and resemblance to the model that made him famous. His art is delicate and optimistic, never committed, and his mission is to represent a world full of beauty and lightness.  For these reasons, he is much more famous in the United States than in France, where he suffered from the hostility of the official critics who advocated abstraction, as well as from his success with the American elite. 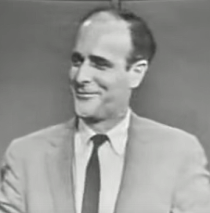