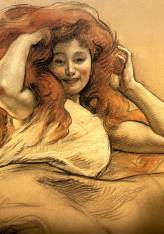 Émile-Victor Prouvé, known as Victor Prouvé, designed glassware and furniture for Émile Gallé. He worked for Eugène Vallin, Fernand Courteix, the Daum brothers and Albert Heymann. He practiced the art of bookbinding with Camille Martin and the bookbinder René Wiener.

In 1888, he discovered Tunisia, which influenced the light of his paintings.

A member of the Ecole de Nancy since its creation in 1901, he became the second president of the Ecole de Nancy after the death of Émile Gallé in 1904. From 1919 to 1940, he was director of the Nancy School of Fine Arts. He rubbed shoulders with the Franc-Comtois painter Jean-Adolphe Chudant, with whom he became friends and participated in the founding of the Provincial Union of Decorative Arts in 1907. Having exhibited together at several salons of French orientalist painters, as well as in Tunis, he advised Chudant on a project to improve the School of Fine Arts in Besançon. 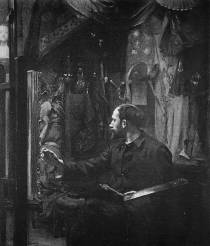