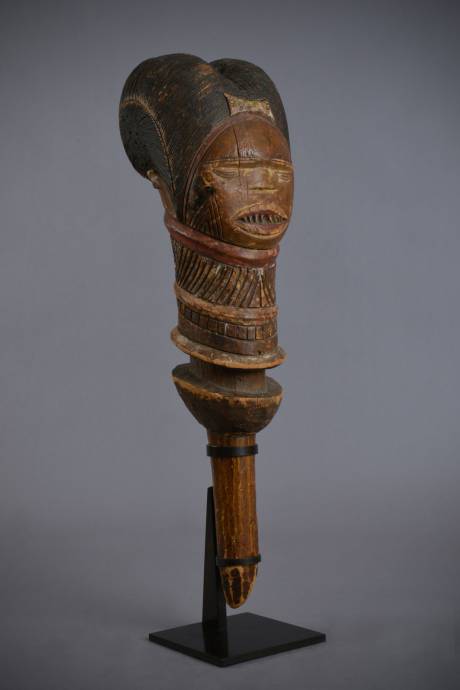 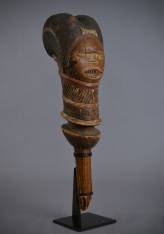 The Kuyu live north of Gabon, on both sides of the Kuyu river, in a region that has stayed away from Muslim influence and Western colonialization. The male secret society called Ottoté played and important role in the maintenance of social order and the appointment of leaders.
The Kuyu are best known for their marottes heads called Kébé-Kébé. They were exhibited in spectacular dances that closed the initiation period for young people.