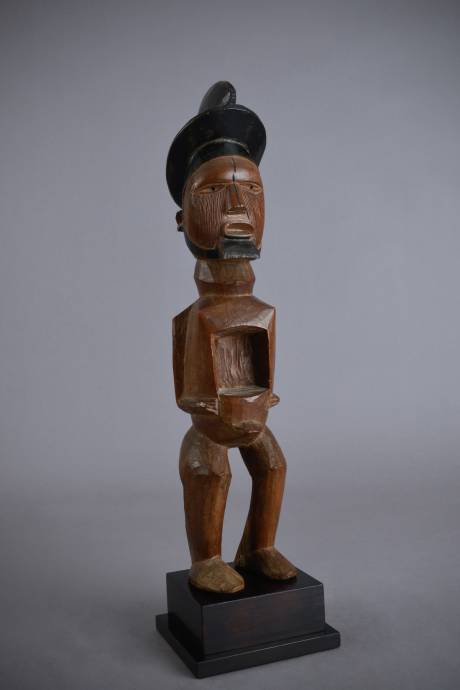 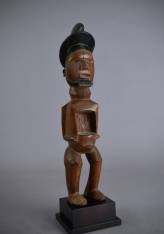 Butti statuette representing an ancestor.
Figuration of a standing character, legs slightly bent, the head with the headdress composed of a disc and a saggital crest, The face decorated with scarifications in the form of parallel lines and a trapezoidal beard badge of authority amongst the tékés, arms stuck at the side of the body, the digited hands placed on each side of the belly above the navel.

Old caramel patina, headdress and beard in blackened wood.
The statuette with its cavity intended to contain Bilongo (magic charge) empty, we are in the presence of a still neutral object collected between 1894 and 1900 before being charged by the Nga’a.