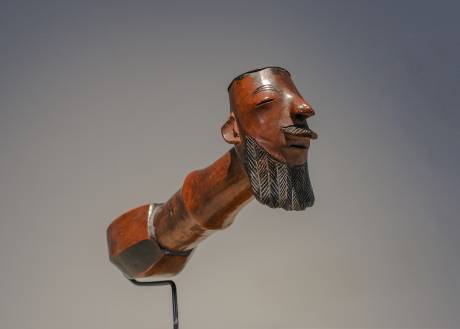 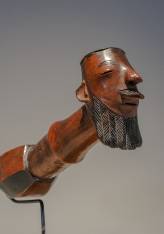 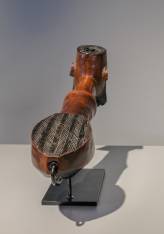 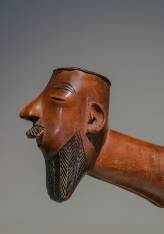 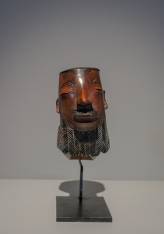 Made of wood with a beautiful patina of use caramel shining in places.

Comprising a head of a dignitary with moustache and black streaked beard, eyes barely open, eyebrows marked as well as the mouth. Long neck with a bulge in its center. The hearth is covered with metal and maintained by small curved irons. Ears and nose in high relief.

The part opposite the head has an ovalized half-sphere with five facets alternating black and the patina color of the pipe, it includes on the top opposing blackened chevrons.